Server Virtualization and its Benefits 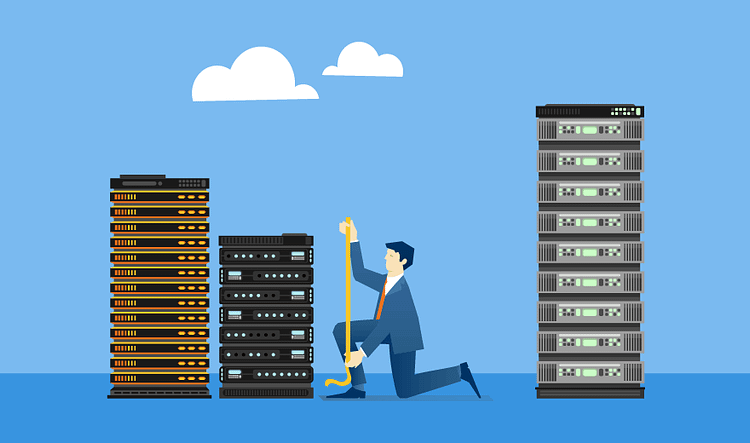 Although we’ve heard loads of terms like ‘virtual servers’ or ‘virtual machines’, the idea behind virtual has always been blurred, virtualization is the buzzword within the hosting industry. Well, virtual is the absence of physical but it doesn’t mean it’s not real. This blog post aims to make you understand virtualization and specifically server virtualization in-depth, also as, why virtualization is vital.

Let us start by understanding what virtualization is. Virtualization essentially is the act of dividing or creating virtual/digital versions of a real-time physical object. In terms of technology, this object can be computer software or hardware, network resources or perhaps storage devices.

You must have heard this very often, ‘partitioning your hard drive.’ Well, what does this mean? does one break your hard drive into two or does it mean you divide the memory? I’m sure you must have guessed it correctly, it’s the latter. So basically, anything that you simply divide into two or more parts though not physically is often said to be virtualization.

Now, coming to the technological aspect or rather the server aspect we’re trying to understand here. Virtualization can be said to be dividing your operating system or server into two parts but at the same time, the hardware remains the same. If you divide your operating system it’s called ‘Soft Partitioning’ whereas, if you’re dividing your server it’s called ‘Hard Partitioning’, Either way, this is virtualization. As a user, you’ll be able to partition your hardware if it’s for independent use. However, if it’s on a large scale and you wish to host multiple websites then the hosting company provides you with pre-partitioned servers most commonly known as VPS Hosting.

Now, that we’ve covered partitioning, in general, let us move ahead understanding, what server virtualization is.

What is Server Virtualization?

In server virtualization, a physical server is partitioned into multiple virtual servers of various sizes with the help of the Hypervisor software. the main aim of server virtualization isolation from other virtual servers thereby ensuring the server utilizes its maximum resources. These isolated virtual environments are referred to as Virtual Machines or Virtual Private Servers. Each of these isolated servers acts as a full machine with its dedicated resources and complete control with no interference from the other.

What are the benefits of Server Virtualization?

Ready to Start Your Project?